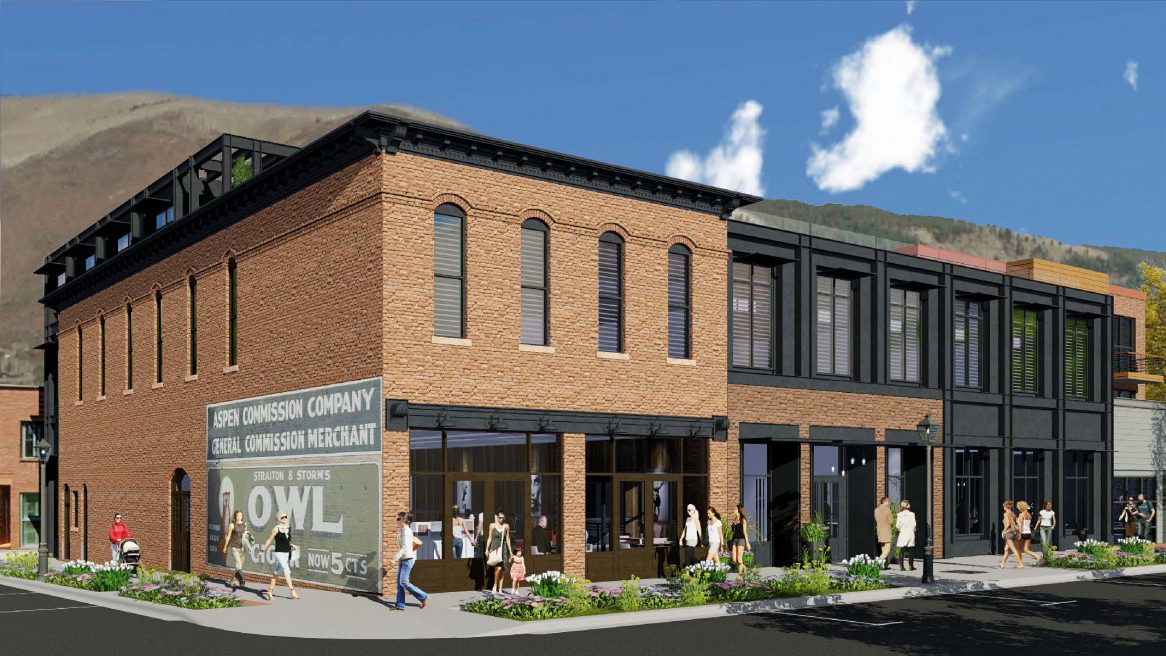 The building located at 300 East Hyman Avenue, aka the Crystal Palace, is proposed to be accurately restored using available historic photographs. The building has been heavily altered over time which has affected the second story, brick detail, cornice, storefront, upper windows, door openings, and the Owl Cigar mural. The limited original materials that remain will be preserved and the remainder of the corner will be accurately reconstructed. A new addition will occupy the rest of the property.

The oldest part of the building (a portion of the western wall and corner) was built by S.B. Clark in 1891. Named the Clark Commission Company, it was utilized as a wholesale produce house. In the early 1900’s, E. M. Cooper bought the business and changed the name to Aspen Commission Company. By the 1930’s it became the headquarters for the Midnight Mine Company, the biggest employer in the City at that time and one of the only mining operations struggling to continue after the Silver Crash. The building was later vacant for a period of years, until bought by Mead Metcalf, who operated a dinner theater, “The Crystal Palace,” there from 1959 until 2008.

The 300 East Hyman Avenue project is approved to renovate and expand the Crystal Palace property in order to develop a boutique lodge and restaurant. It will highlight the historic exterior building elements with entirely new structure, systems, and finishes on the interior. The lodge, comprised of 20 hotel rooms, will offer a full spa, fitness center, pool, restaurant, cafe, and a rooftop terrace with beautiful views of Aspen Mountain.

Get the latest updates: